The last two days in Uganda were spent in Kampala. I had few interviews to shoot on both days (for few hours). In the evening, I took more pictures in the streets of Kampala. 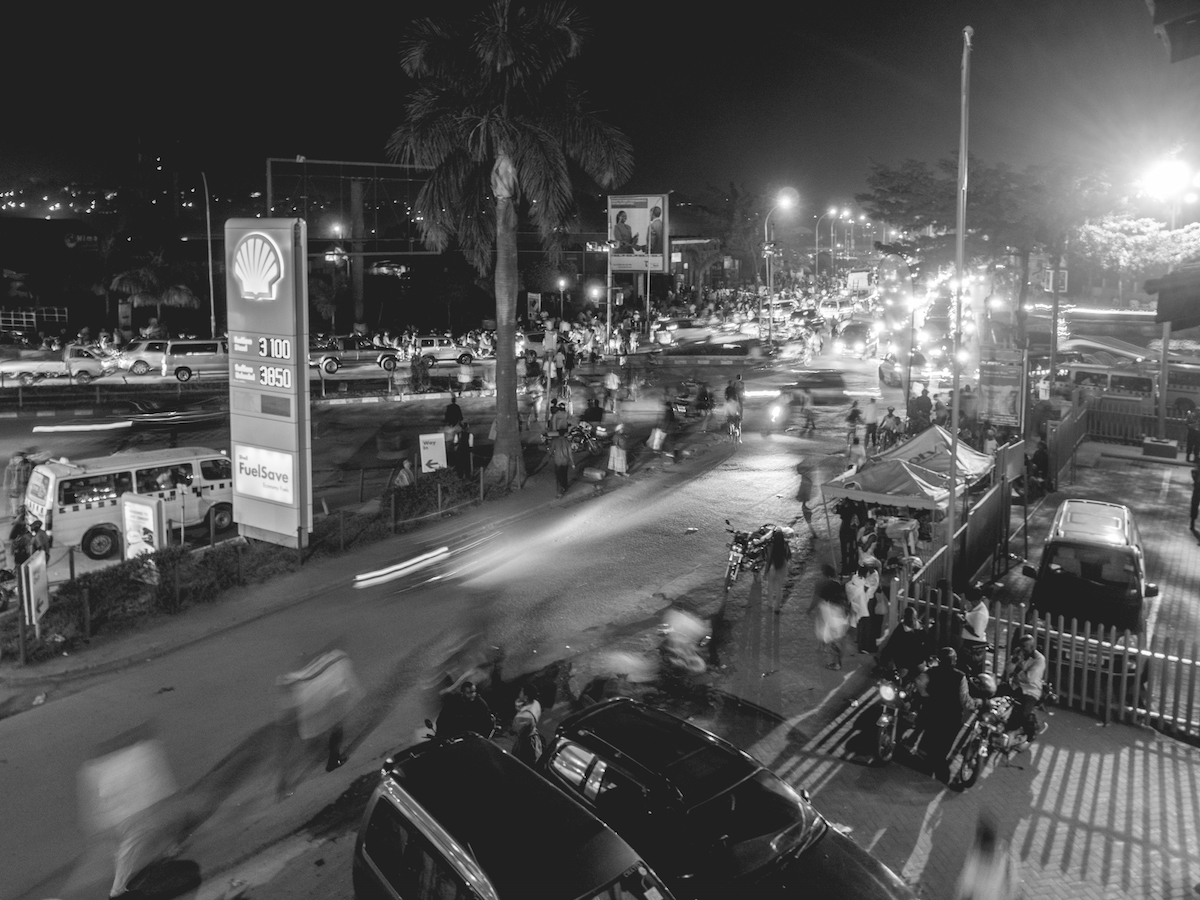 In spite of significant traffic on the streets, Ugandans are way more civilized on road than Indians are. Few people honk (and mostly when really required) and most vehicles (except few boda-bodas, i.e the motorcycle taxis) show a lot of patience at intersections.

We met a manager at a cafe called Cafe Javas. He was a Banglorean, working in Kampala since 8 or 9 months. He told us Ugandans were extremely patient and rarely got angry. But when they fought, they fought to kill each other. Shanta and I were happy we never had to deal with a heated up confrontation with anyone.

When we had recently arrived in Kampala, it was intimidating to see so many armed security guys all over the city. But over the course of our stay, we got used to such sights. 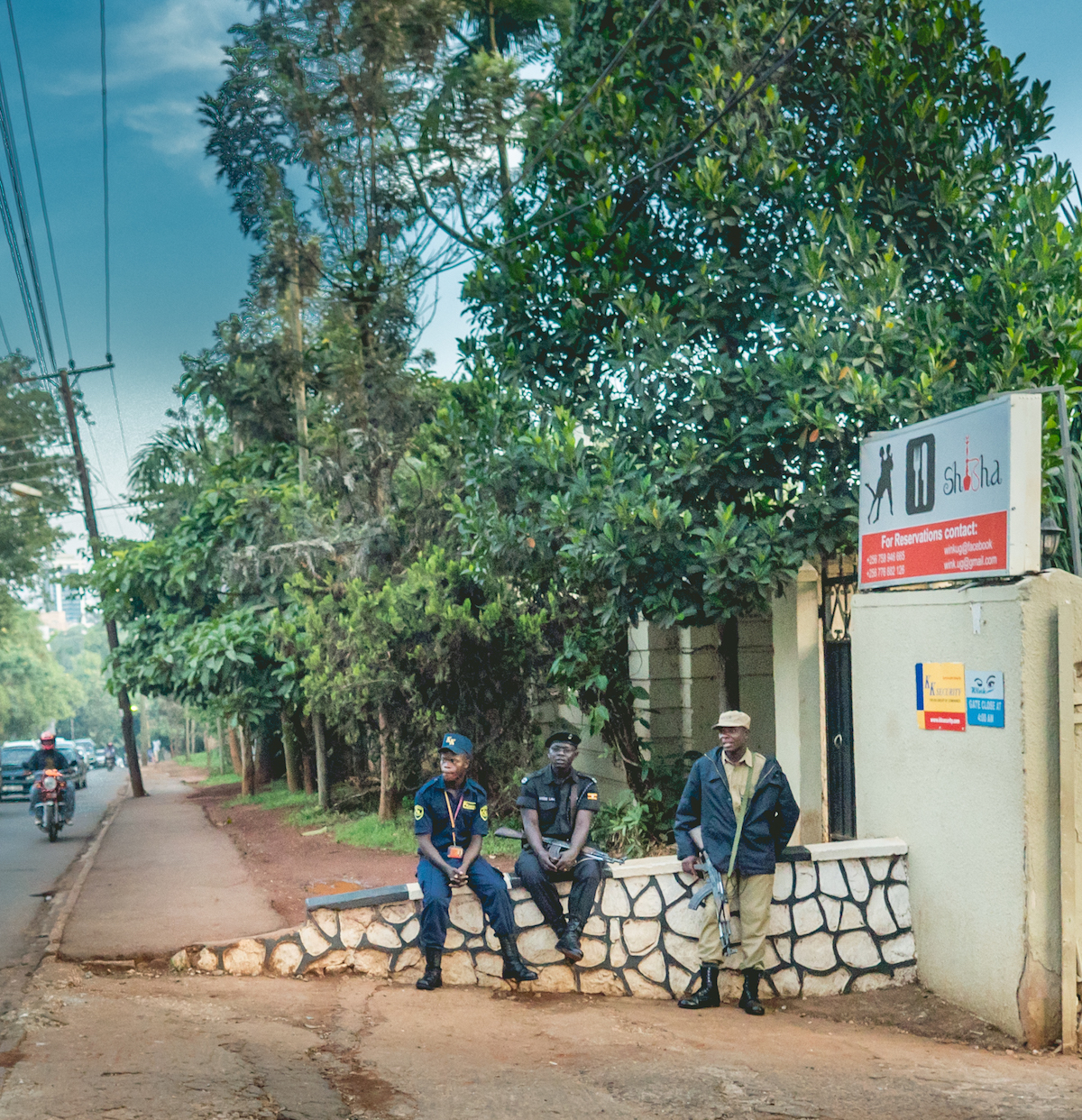 George, a waiter at Cafe Javas introduced us to his son. He had to keep his son around while he worked. Because in Uganda, unlike India, children are not assumed to be mother’s sole responsibility. The value of women in this country can be appreciated to some extent by their dowry culture that is the polar opposite of what happens in India. In Uganda, a guy who wants to marry a girl, has to offer cows and goats (and whatever else he can – dowry) to the girl’s parents, before the wedding can happen!

[aesop_content color=”#ffffff” background=”#333333″ width=”90%” columns=”2″ position=”none” imgrepeat=”no-repeat” floaterposition=”left” floaterdirection=”up”]On one of our days in Uganda, we read in a local newspaper that the Ugandan Supreme Court had nullified a law which earlier made it mandatory for the girl (or her family) to return the dowry if the girl decided to leave her husband. I asked Jeff (the mayor aspirant of Jinja – about whom I wrote in the last post) what he thought about this Supreme Court ruling. ‘Not good man. Now girls can marry a guy, get the goats and the cows and then leave the guy. Without having to return anything’, he wasn’t too happy. He was not married yet.

Anyhow, so overall these were some great days spent in Uganda. Most of the evenings, I would show my pictures to Shanta and he would show his to me. I am sure I grew up a little as a photographer. I returned to Mumbai few hours ago. I am sitting in the Mumbai airport now as I write this post. The flight to Goa shall depart in just about an hour. And it would take more than few days before I move on from the Ugandan experience.

One reply on “Uganda Diary 7 – end of an awesome trip”

Thumbs up on the trip !! Rarely get a chance to see the inside of an African country like this 🙂