I had mentioned in the last post that Jinja is a small town close to Kampala in Uganda, from where one of the two major tributaries of Nile begins. Below are few pictures from the street of Jinja. 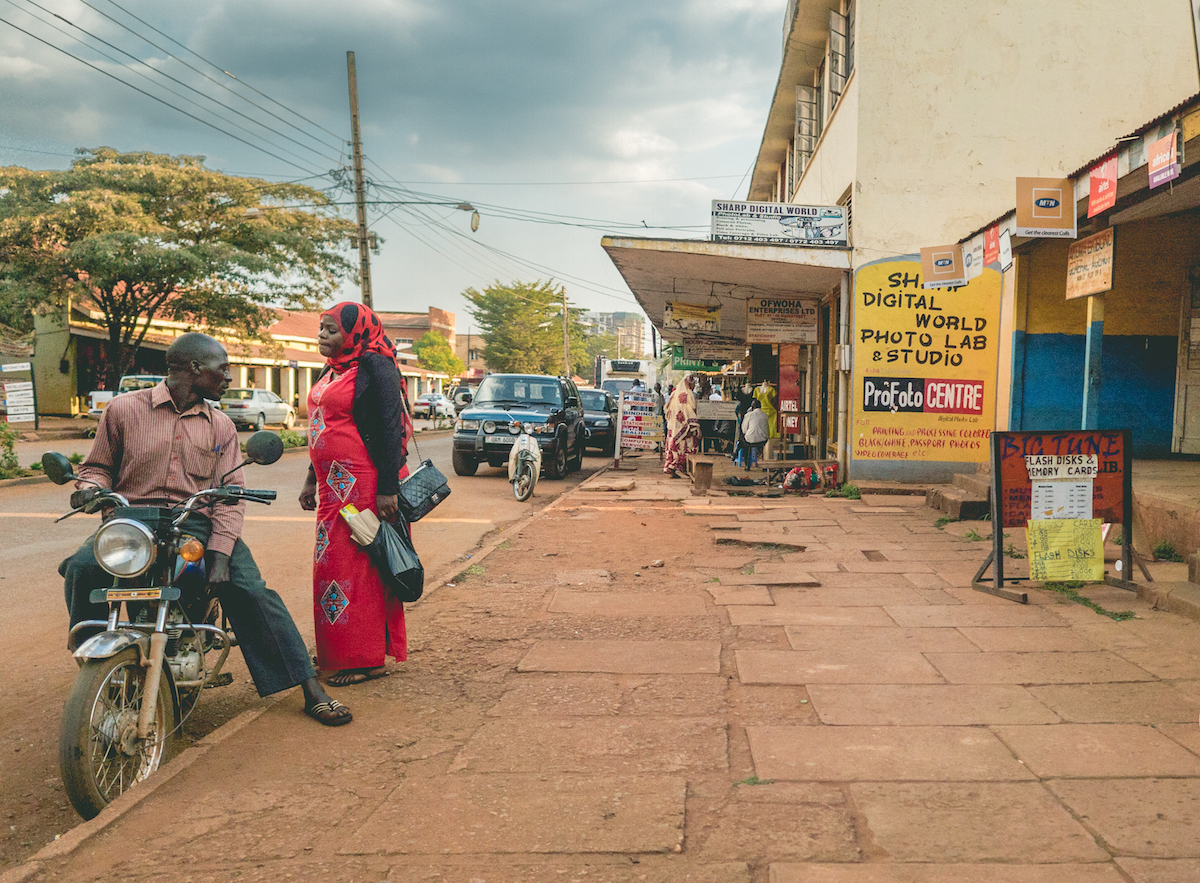 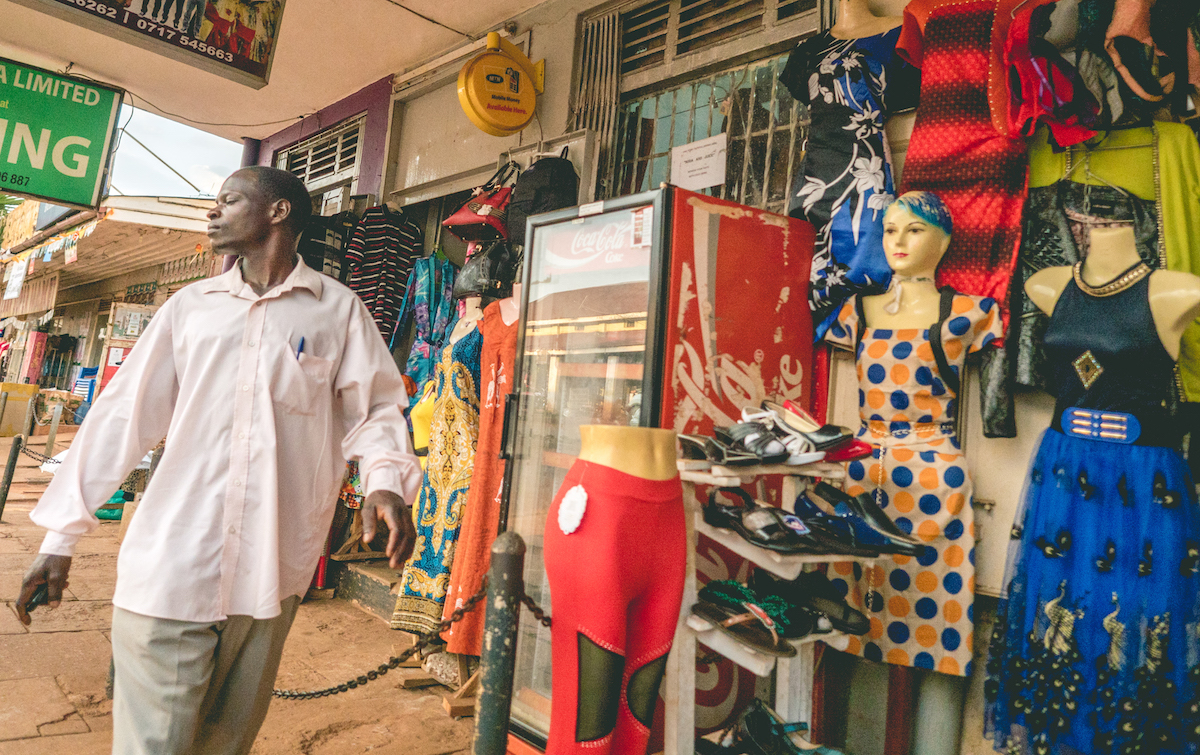 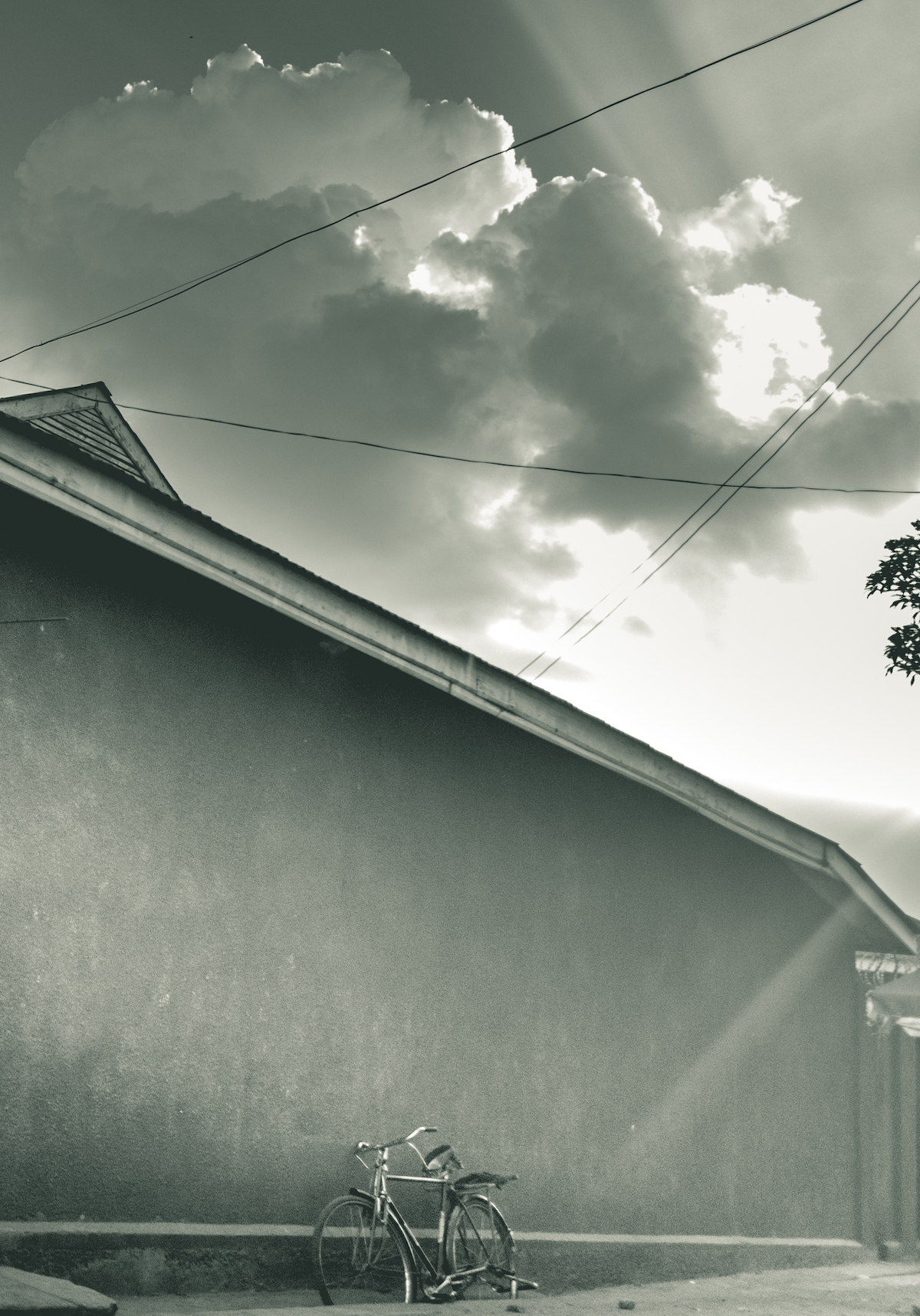 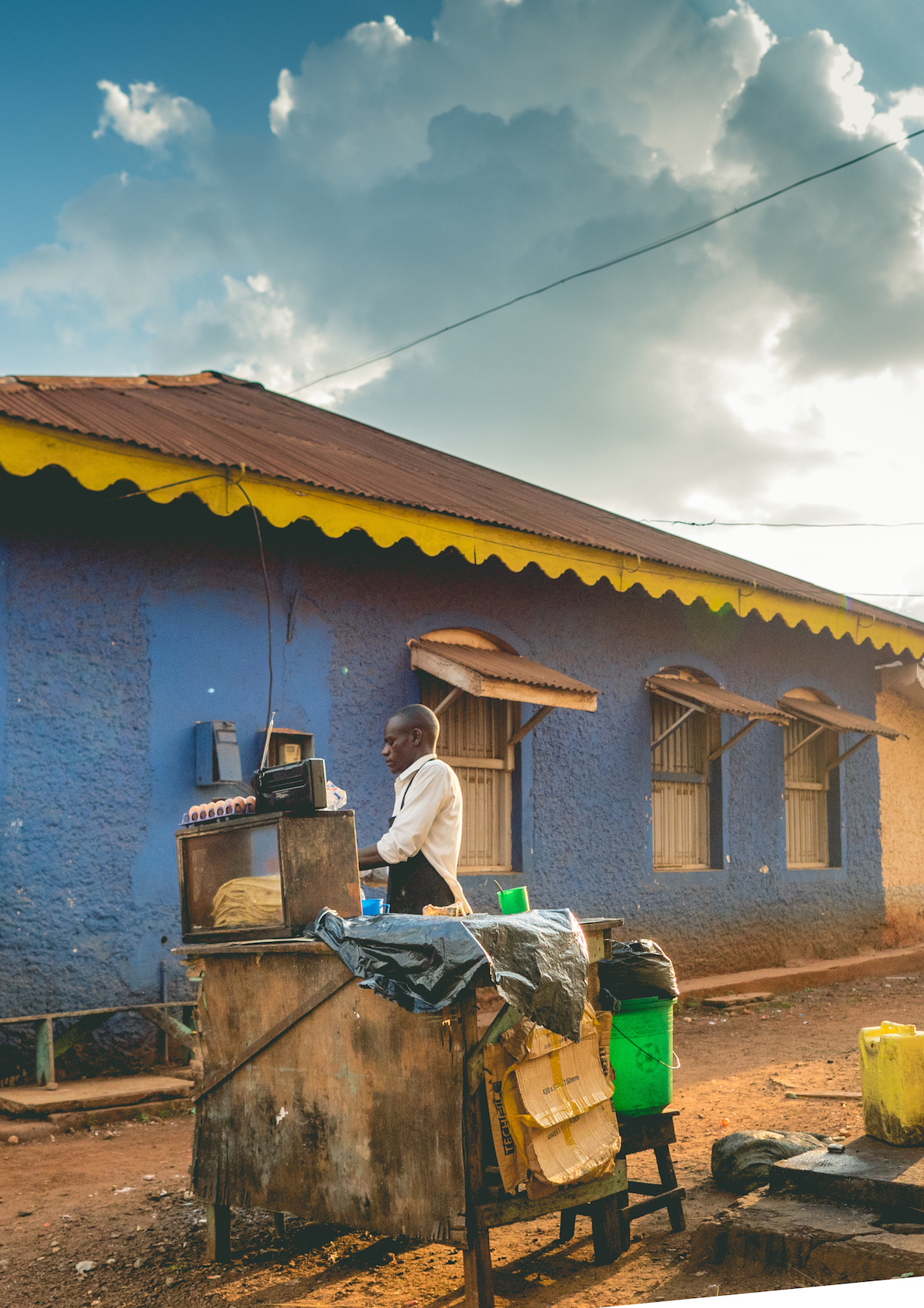 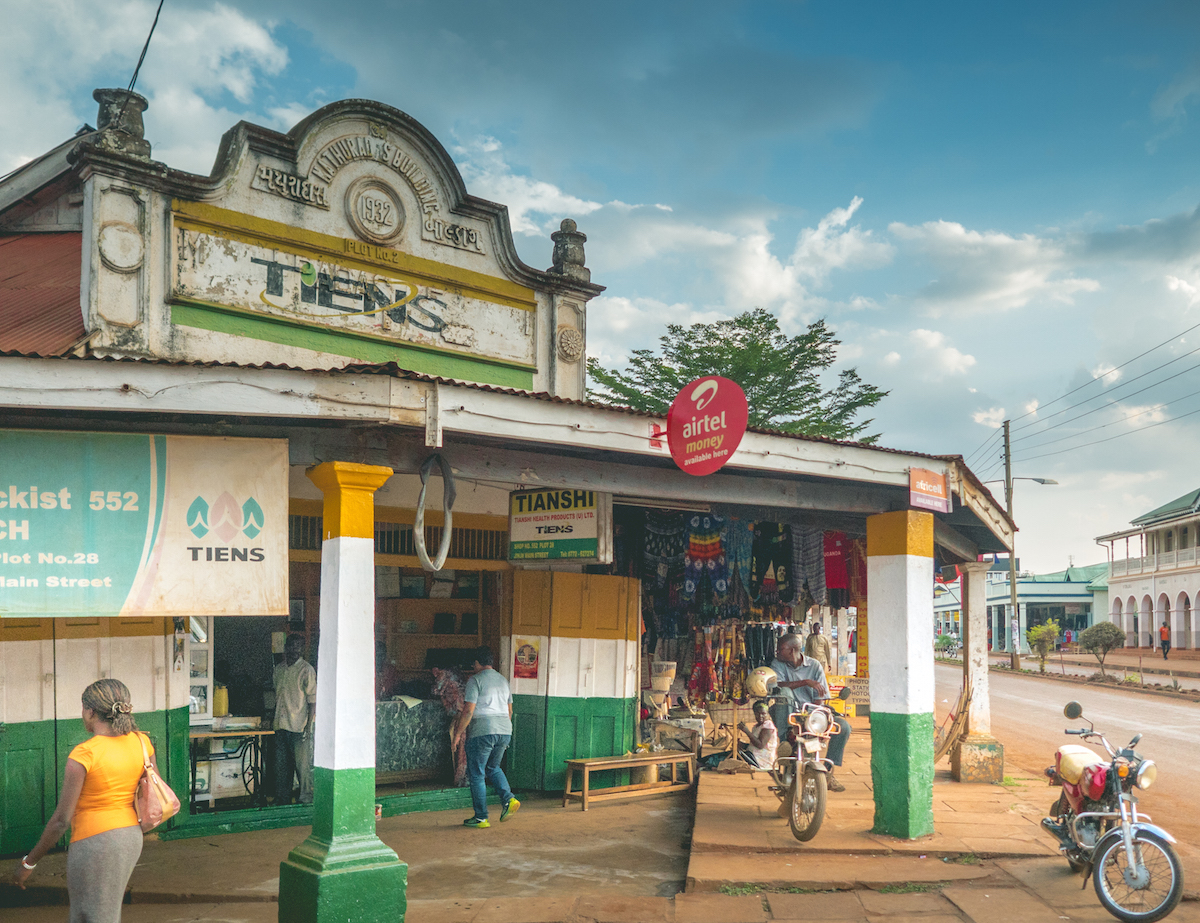 There are many Indian buildings in Jinja. Mathuradas above is one of them. A lot of them are abandoned (the owners who fled from Uganda during Idi Amin‘s time never came back to reclaim). 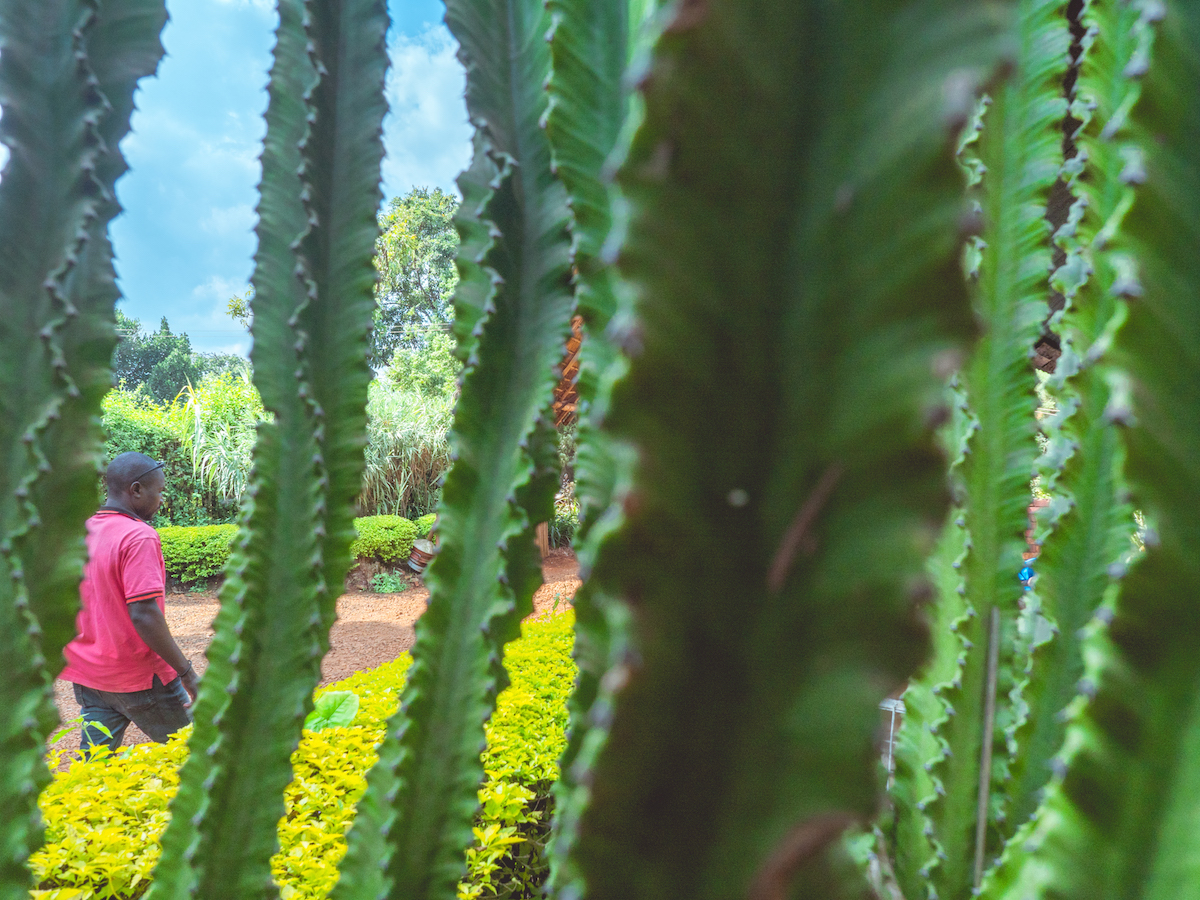 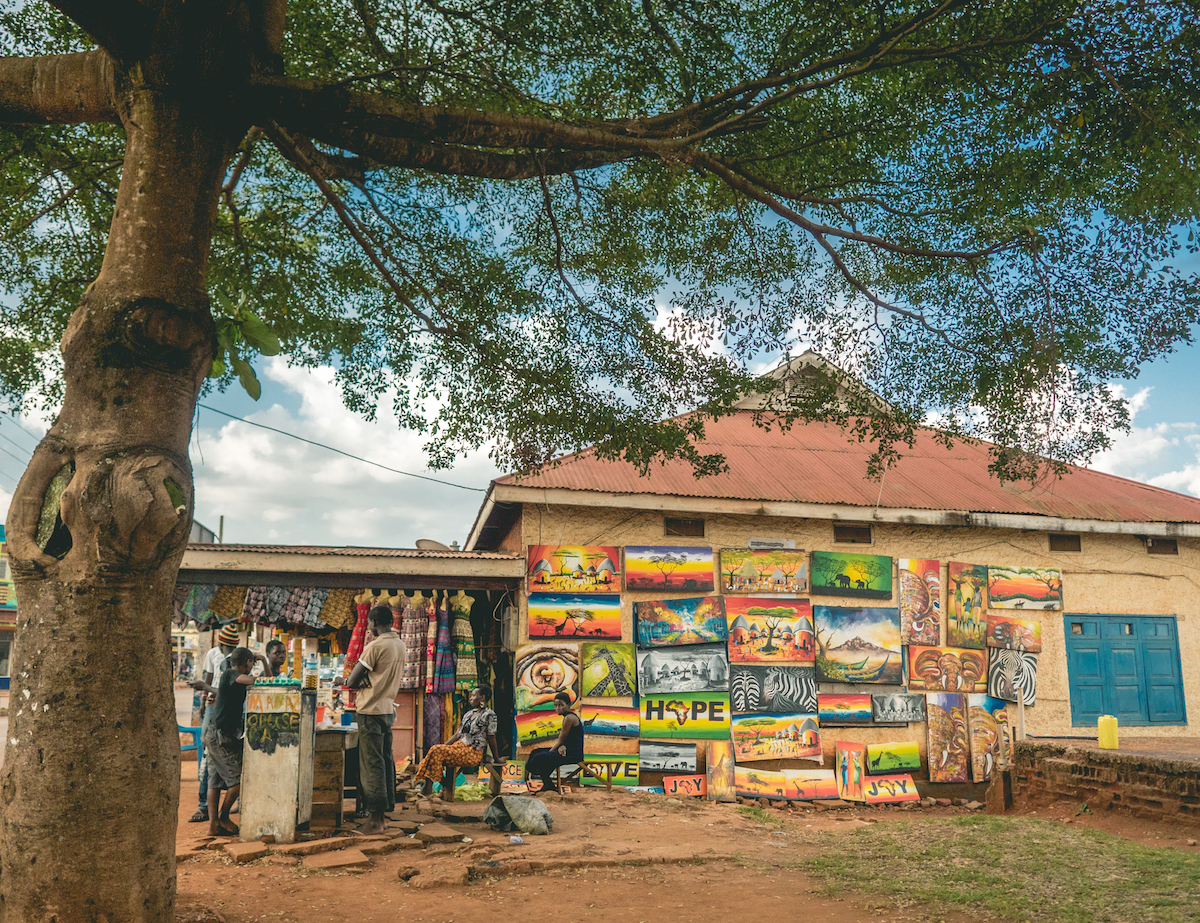 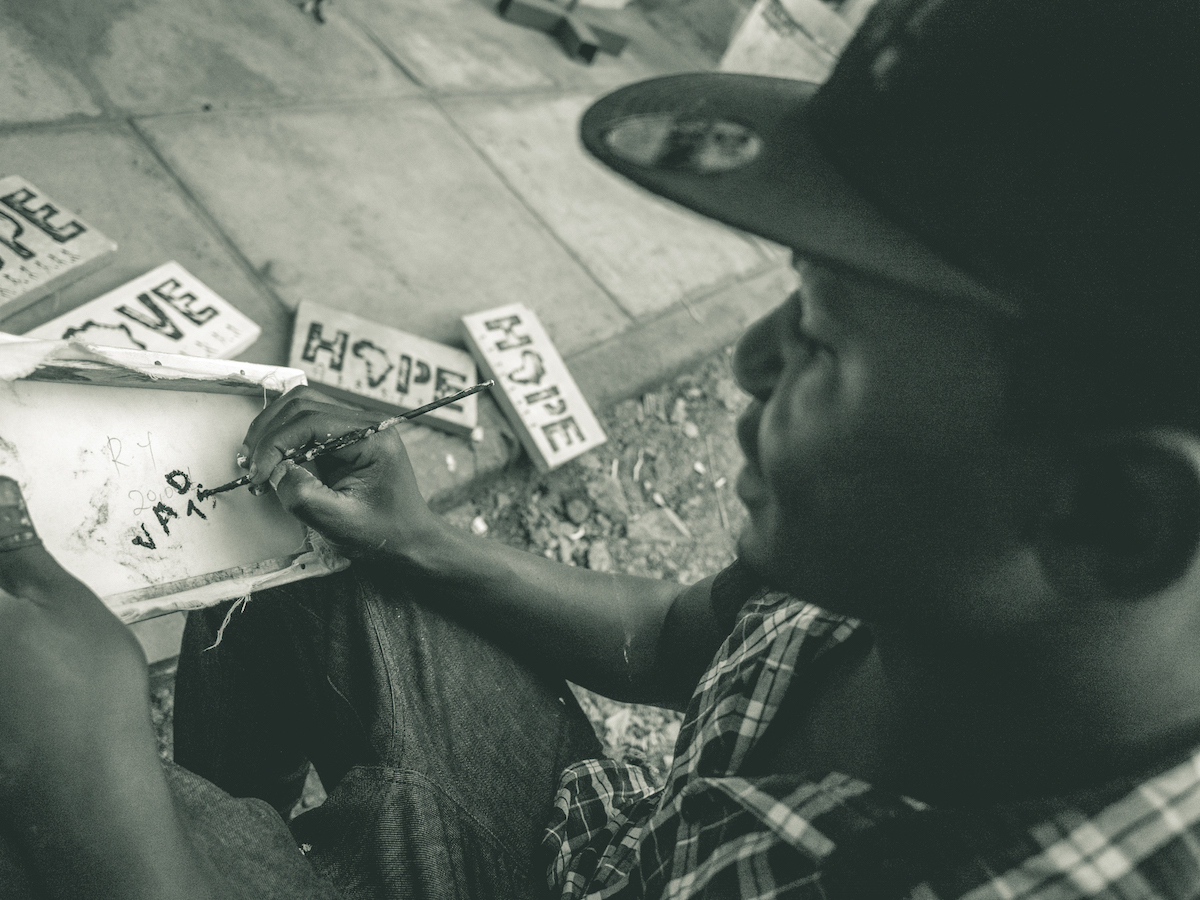 A street painter who made me listen to a hip-hop song he had recorded, wanted to add me on Facebook. “You can find me by the name of Vatsap. V A T. No, not D. T. T for Tanzania. S…” 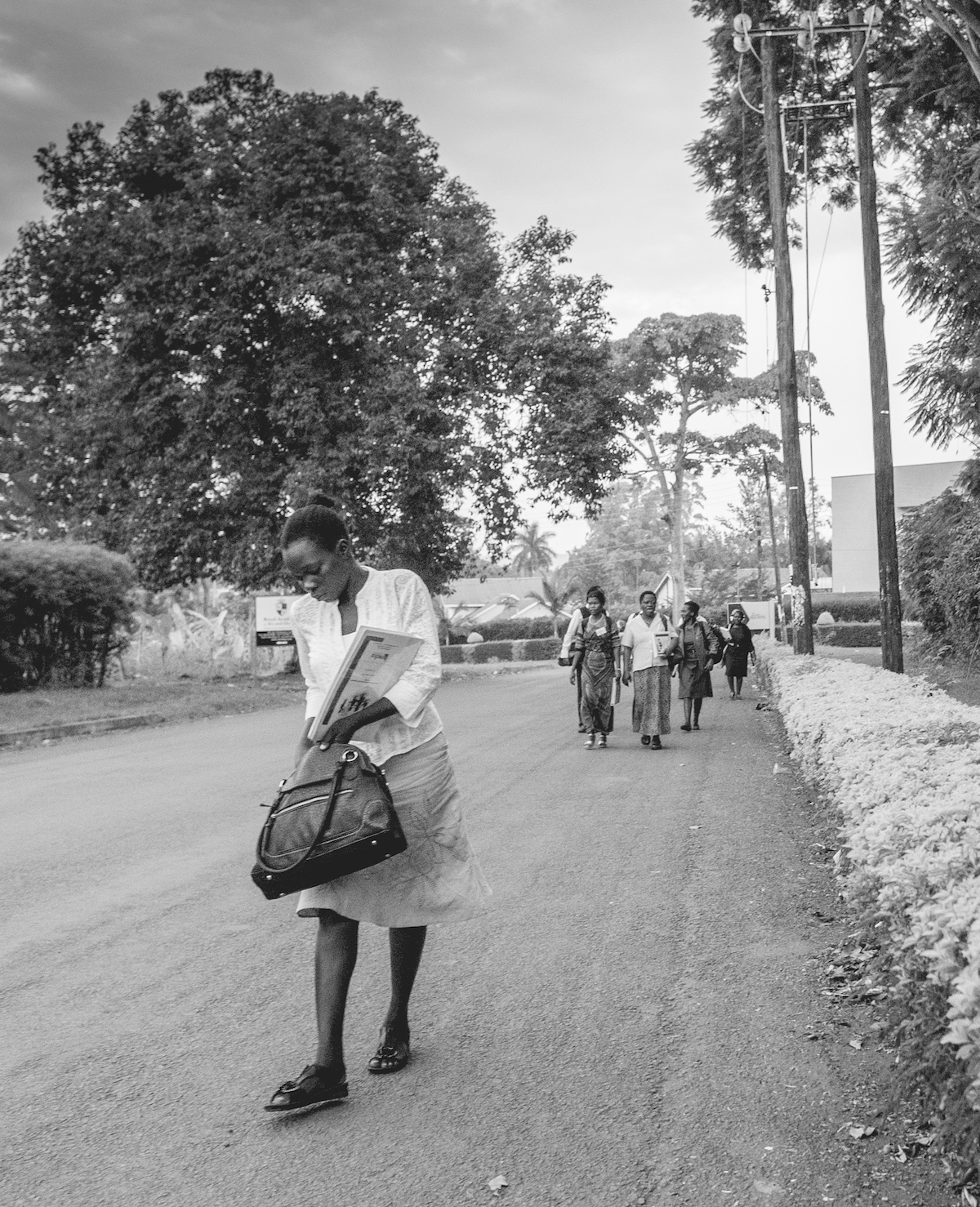 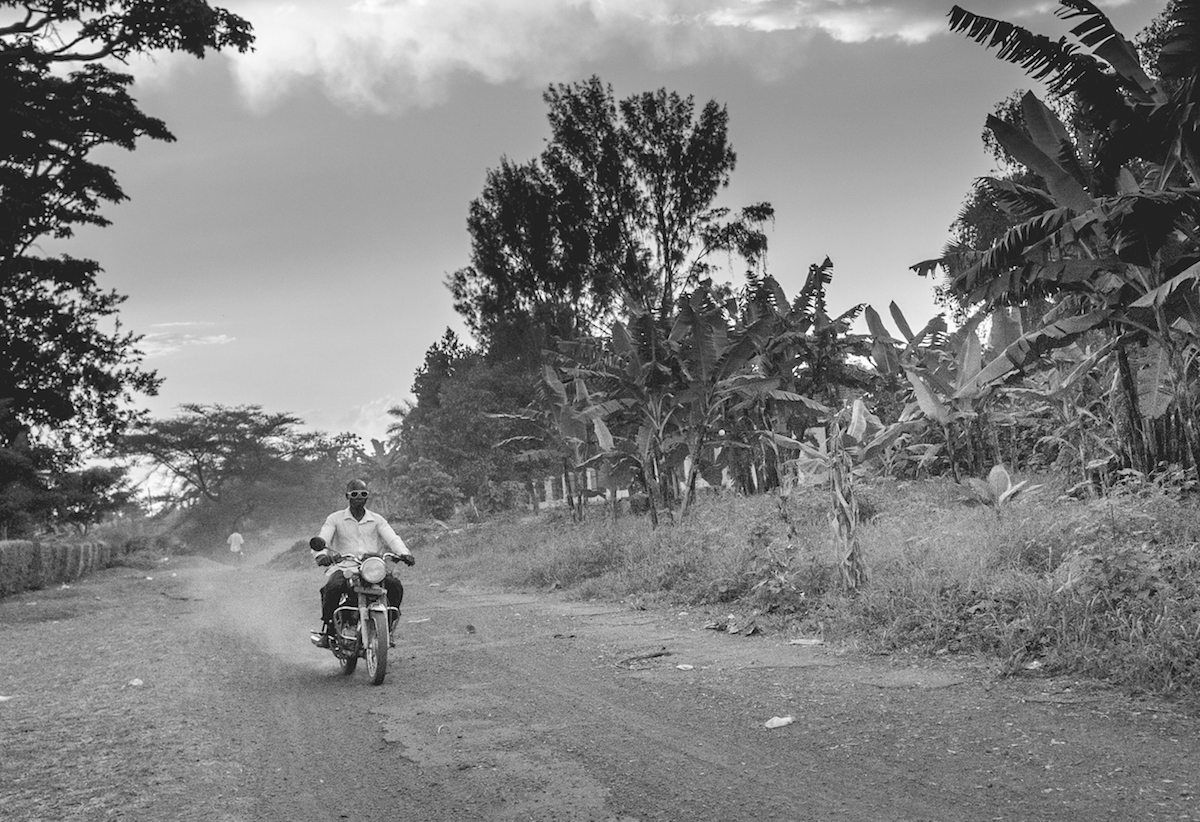 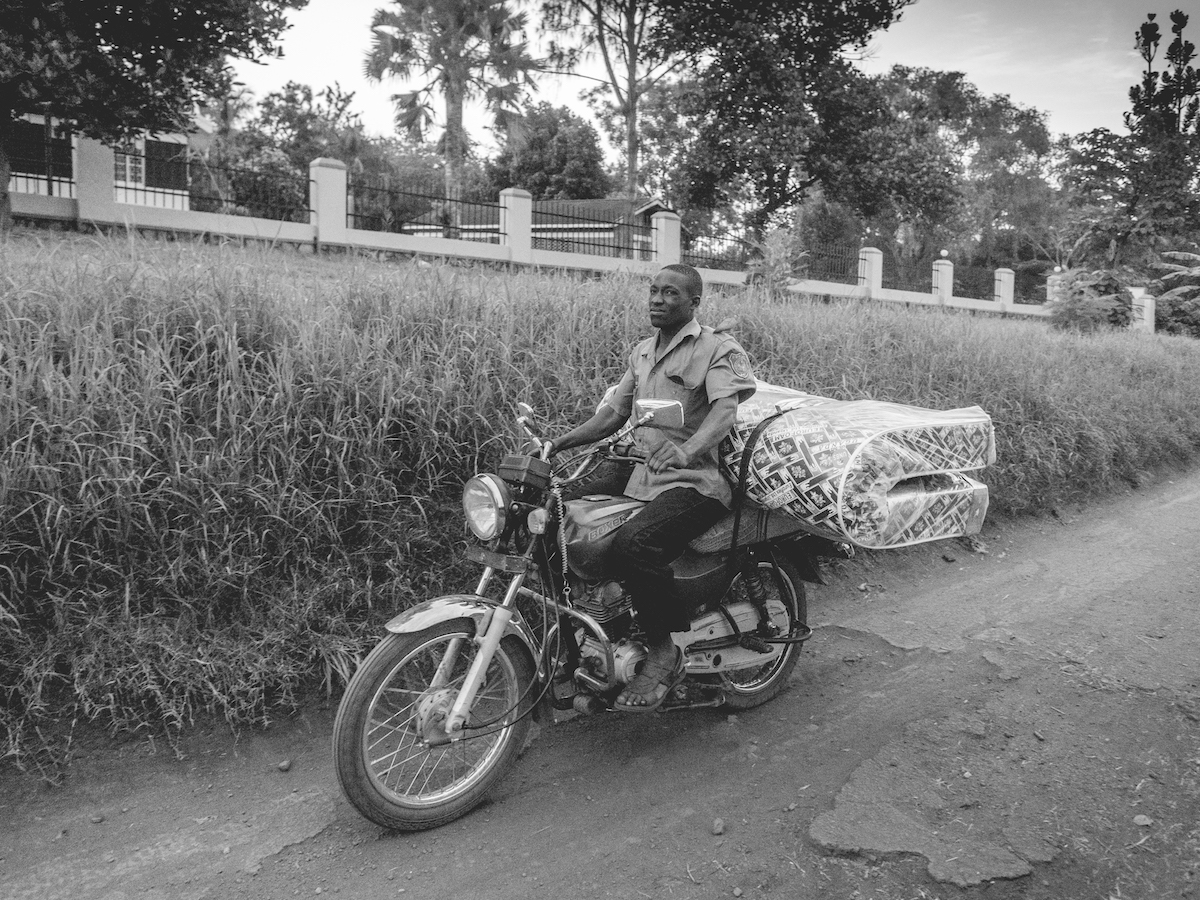 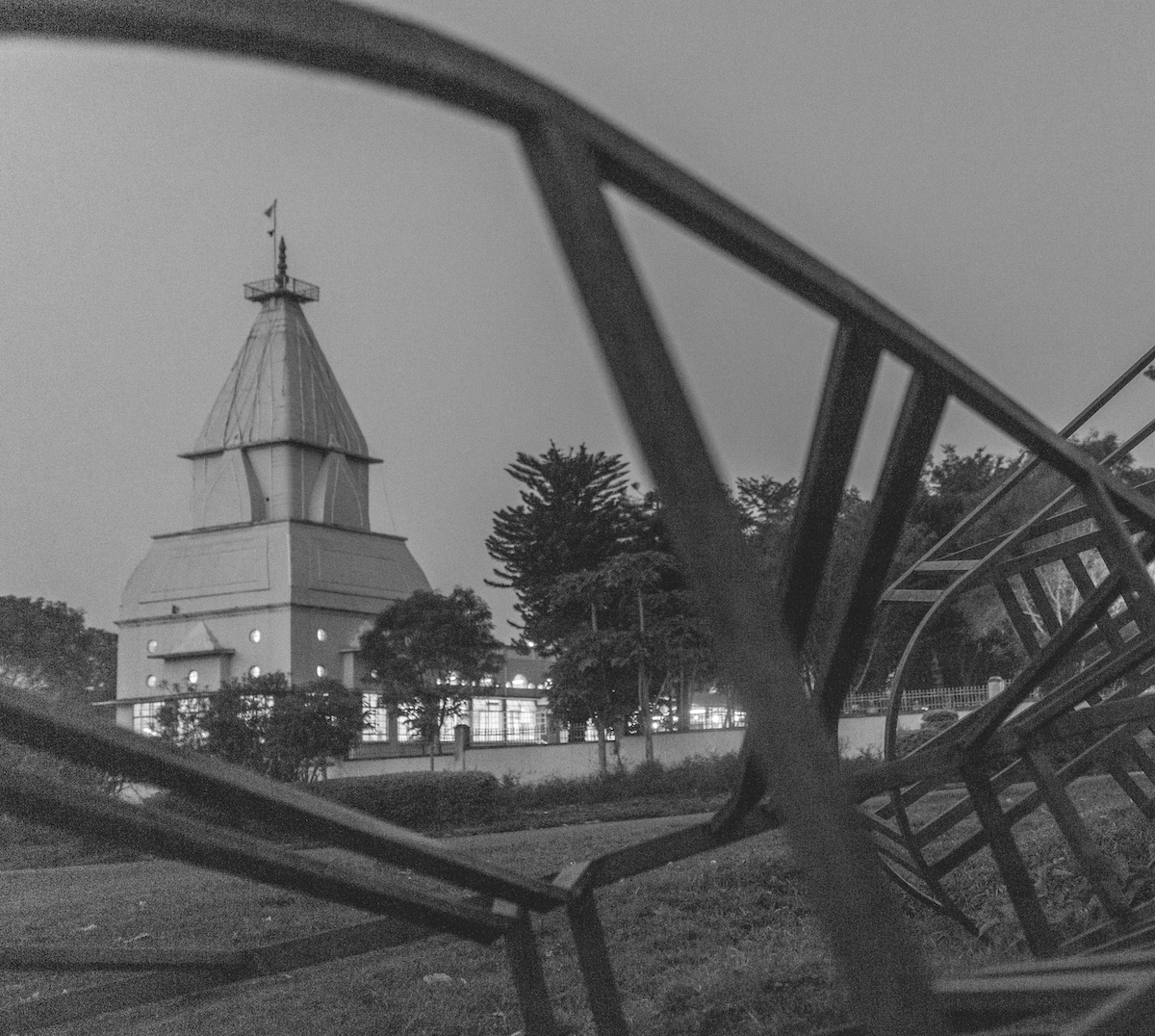 Yes, there are temples in Jinja as well. We went inside and said hi to the priest from Gujarat. He has been living in Jinja for 26 years now. ‘Avjo’, I said before I left. 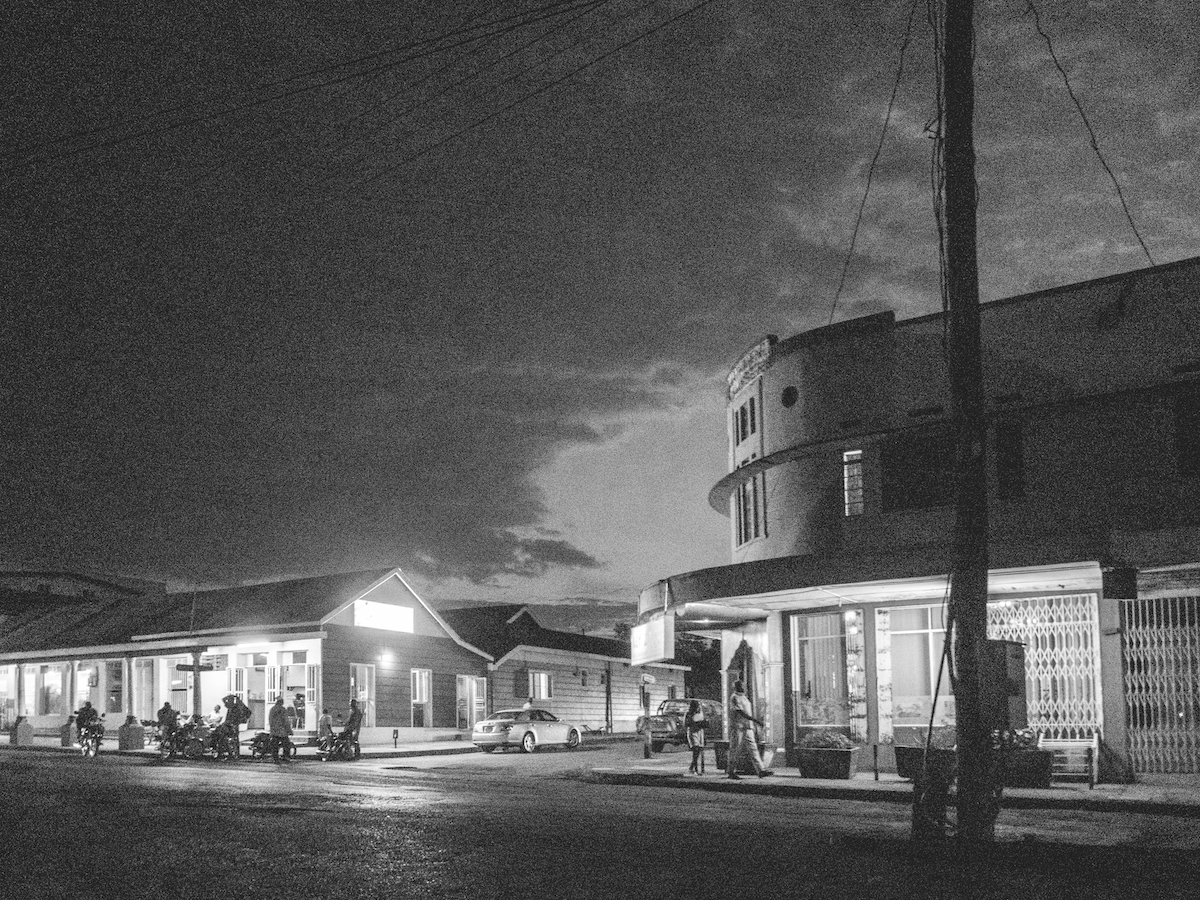 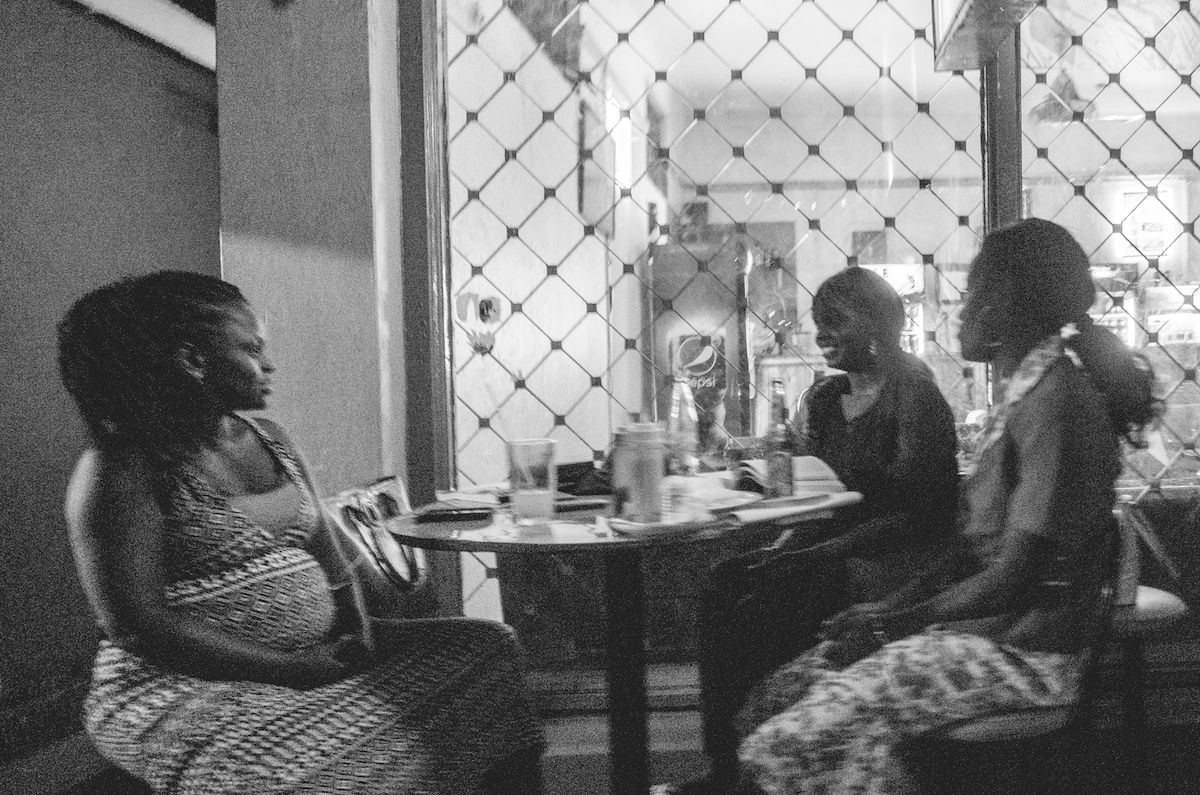 Like Kampala, in Jinja too, you see almost as many women on streets as men. Doing more or less the same things. 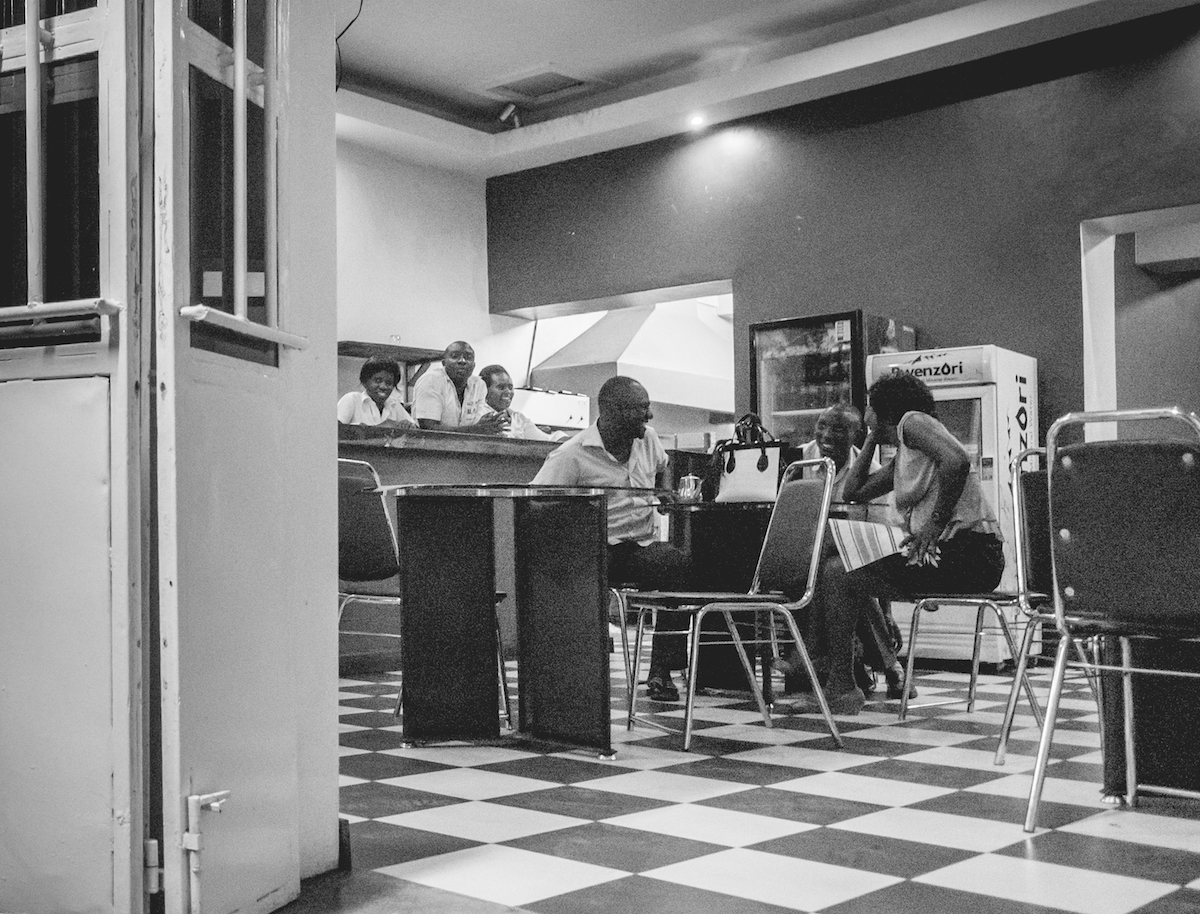 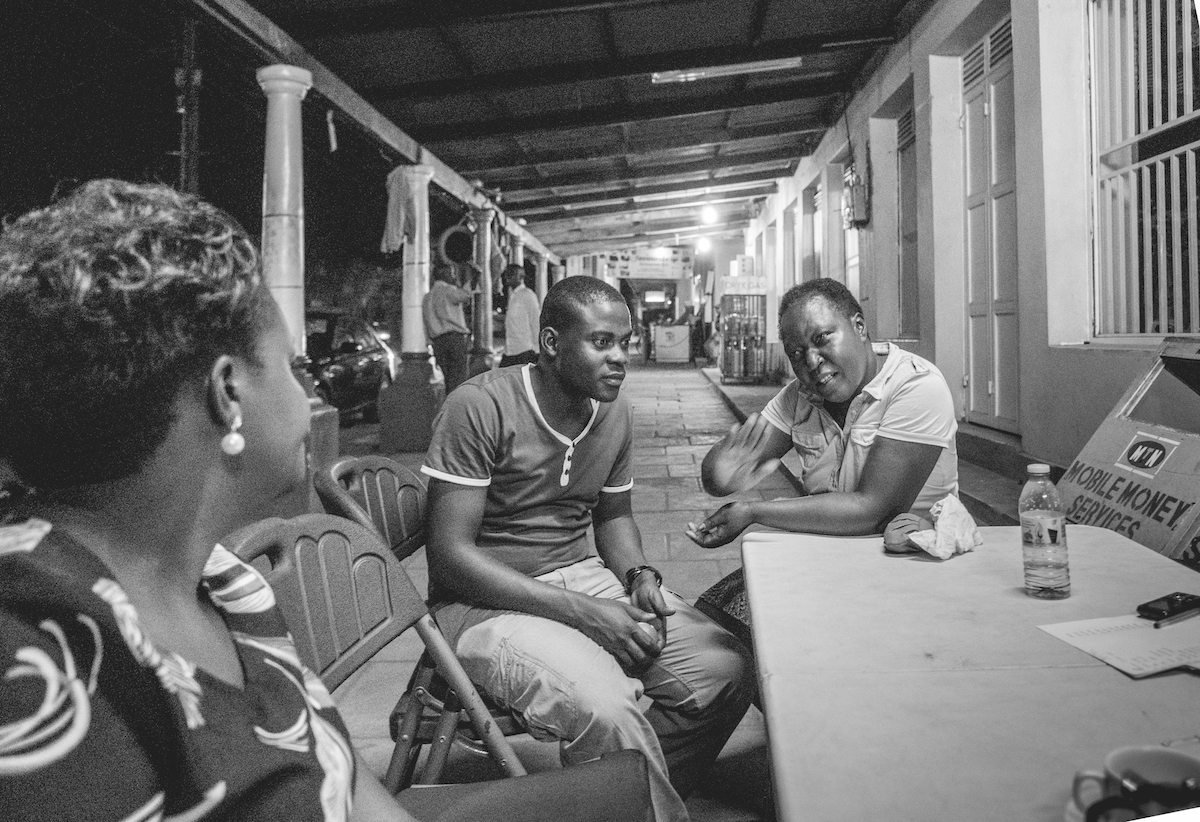 The guy above is Jeff. He filed his nomination to contest election for the post of Mayor of Jinja, few hours before I took this picture. Shanta and I were introduced to him a day before by hour B&B guesthouse owner Eliot. At the guesthouse, we had seen some brochures tilted ‘Save the Nile’. The brochures talked about Government of Uganda’s plan to construct Isimba dam in Jinja, and how that would mean, end of the rapids in the area. There are several rapids presently (including grade 5) and rafting is the major tourist attraction here. Shanta and I did rafting ourselves. I decided to make a 3 minute story about this issue. Jeff is a spokesperson of the ‘Save the Nile’ campaign. He believes that though power is needed in Uganda, there must be other ways of achieving the same without destroying such a beautiful natural resource of Jinja. 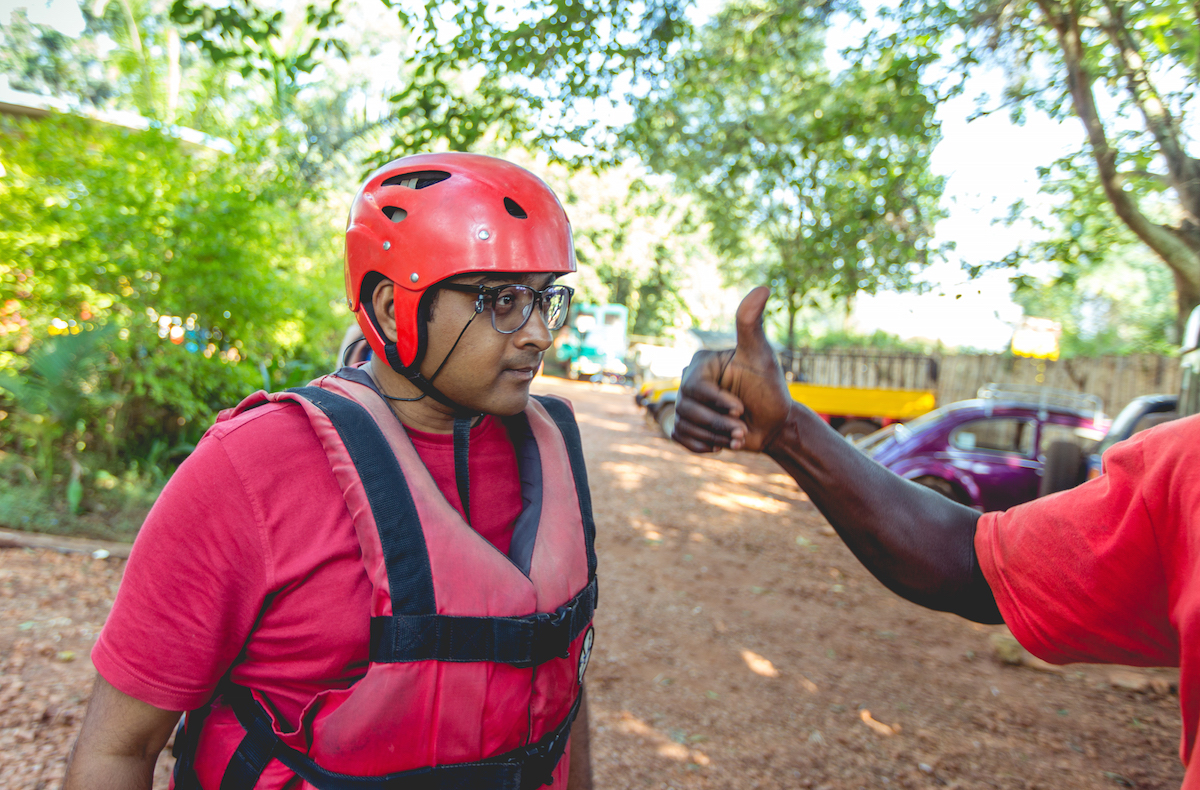 Our guide approves of Shanta’s costume.

The day we went rafting I lost my quad-copter. Well, almost. There was go GPS signal and I should not have flown it. But I did. And it flew away. To the other side of the river. Rafting had been over for the day and most of us had finished our lunch and were ready to return. I ran to my rafting guide Yo and asked him to help me. I had earlier interviewed Yo too, for the same 3MS on Isimba dam that I talked about.

Yo grew up in this area and became a professional kayaker. He is 42 years old now. Few years go, he even represented Uganda in 2012 London Olympics (non competitive freestyle Kayaking). He has a wonderful sense of humour. Everyone who came rafting that day, loved him. Some women even kissed him (well, at least one of them). ‘You became a kayaker because there were rapids here. Once Isimba dam comes up, rapids will be gone. The new generation will never know what they mean. What do you have to say to that?’, I had asked him during the interview.

‘There were dinosaurs. And then they died. And then there were elephants. They are still there. Life goes on. The new generation might not learn kayaking. But may be they will learn something else’, he had replied. And now I was back to him to help me retrieve the quadcopter.

All the rafts had already been loaded to the wagon that had brought us to the river. But Yo got other guides to bring down one raft. He left with the other tourists, while Shanta and I stayed back along with all the other guides. They were about a dozen in number. I sat on a raft along with the Ugandan kayakers / rafters. Shanta waited for us at the shore (he did try to get into the raft, but the raft was already floating ahead by the time he could). We crossed the river to reach the other side, climbed up a small hill and ran in all directions in the field that lay in front of us. Imagine me running with Ugandans by the way!

A large portion of the fields had tall sugar cane crops and there was no way we were going to find the quad-copter if it had fallen in the middle of those crops. Thankfully it hadn’t. One of the guides located the local villagers who had found it. They gave it back in return for some money. And though the quadcopter was broken (hopefully it can be repaired), the Gopro worked fine. More than that, I had my rafting footage back. So I can go back home and finish making the 3MS about the dam.

Below is how it looks like, between losing a quad-copter and retrieving it in an African village. 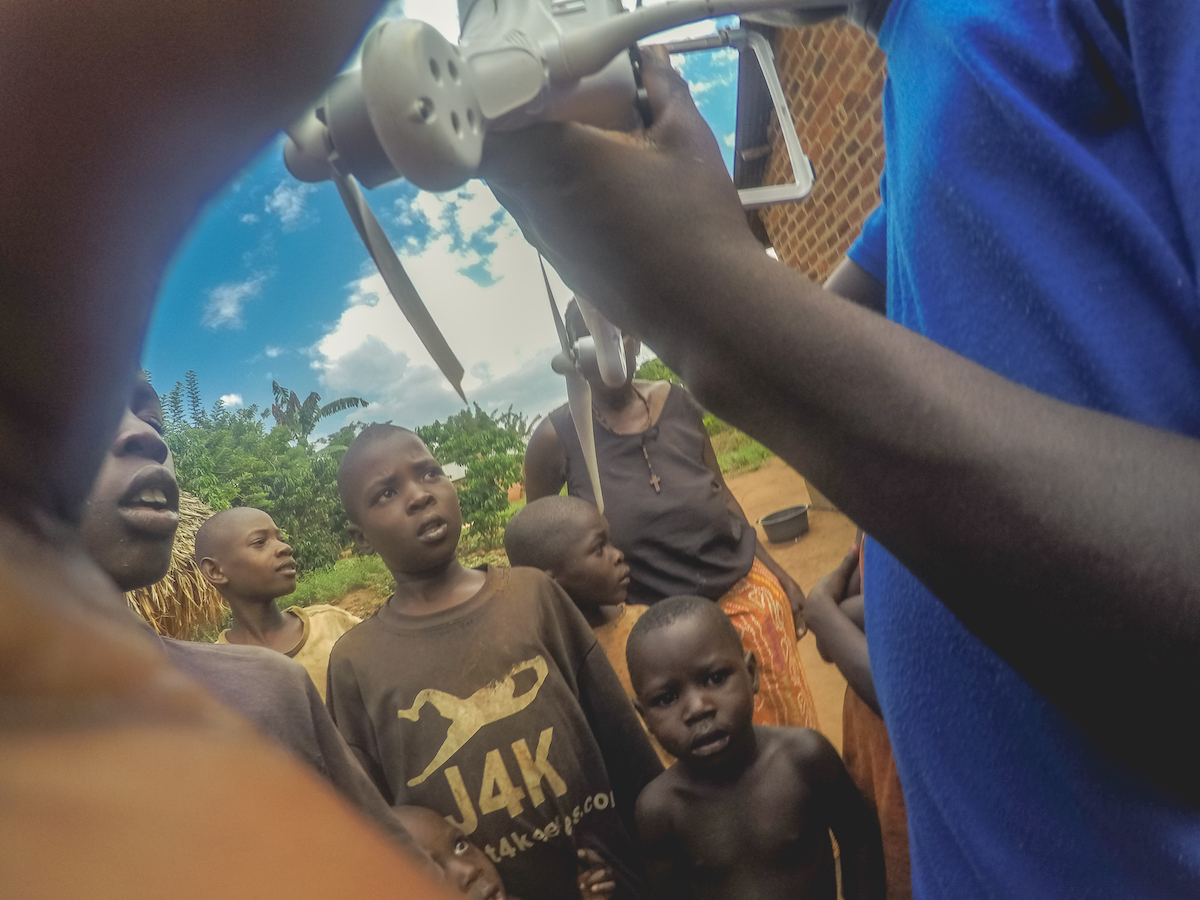 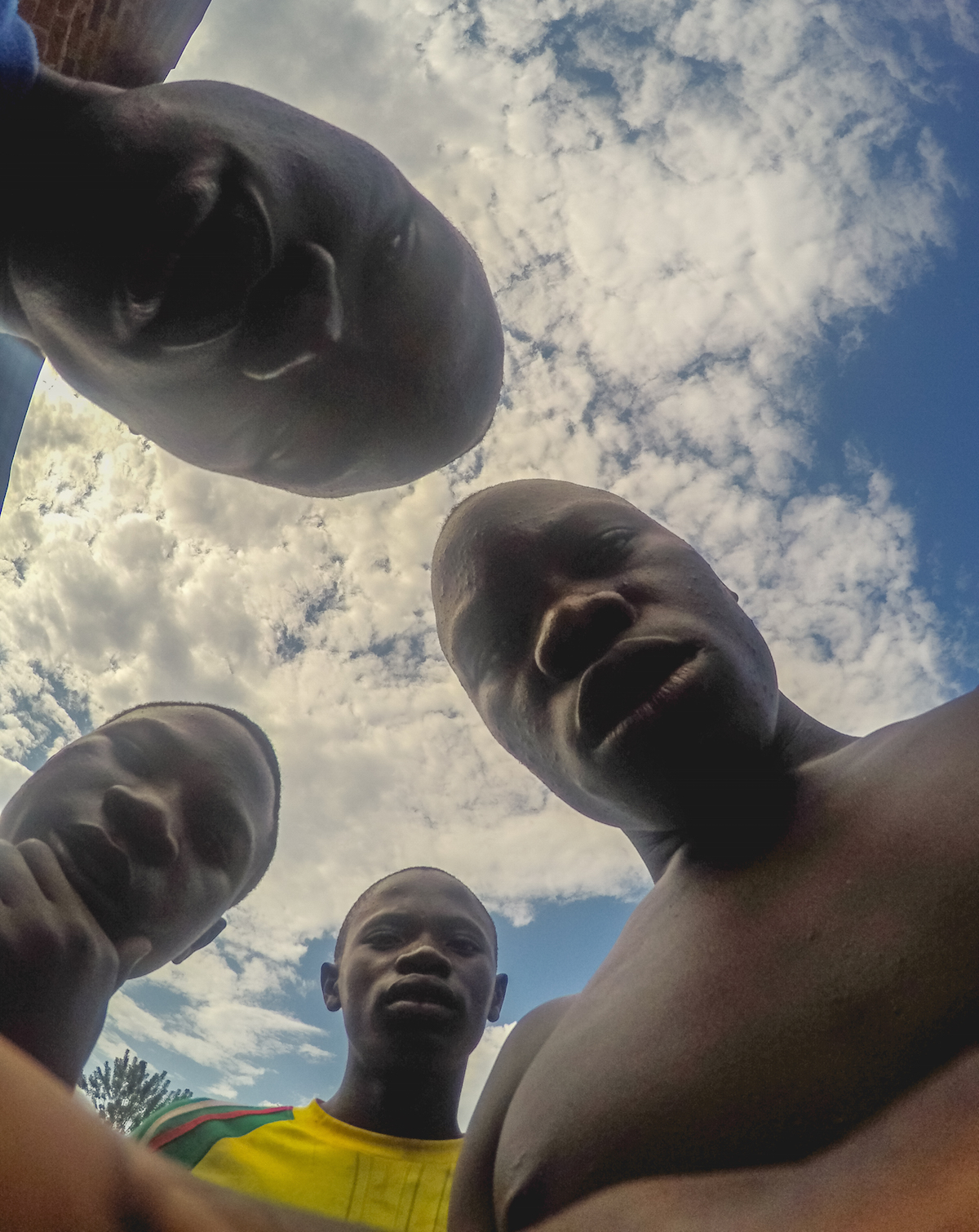 The next day we returned to Kampala so that I could finish shooting few interviews for the 3MS for which I had come to Uganda in the first place. The next diary would be the last. Will write about it from India. The flight back home departs in about 12 hours.