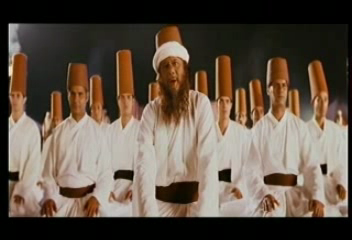 Dalaal ordered a couple of dick-head (refer to picture above) weed suppliers to get stuff for him on his marriage. All these guys got doped including Dalaal. Every time Dalaal had got high before, the fact that he had problems sitting the normal way on non-moving surfaces had hit him hard. He was feeling similarly even that night. In fact, this was one reason he had made sure all the dick-heads sat the way he did. However it didn’t help him. He closed his eyes and imagined how different his life would have been had he been able to sit like other normal people. He wondered if others realized the pain he had to go through daily when he had to shit.

As he was thinking of an answer, the dick-head dopers who were now too high to follow their Shehenshah’s instructions of sitting in kneel-down position, generally stood up and started dancing. Dalaal was already pained and so he joined the gang and danced and danced. Thus, the marriage ceremony finally got over.

Realizing that Dalaal was totally gone by the time he reached bed, Poda refused to get fucked by him. Dalaal didn’t argue much and went to crash off on a separate bed. Now Poda wasn’t very sure how the Tulsis and the Parvatis dressed while sleeping. I mean every time she had seen them on TV, they had been dressed like fools. So she decided to play safe and went to sleep in full gear. She was lucky the bed didn’t break under the load of unneeded jewelery that certainly must have weighed two times her own body weight. In the picture below, you see Poda moments after she got up the next day. Ever tried crashing like that? Don’t even try ‘coz it might prove to be lethal. 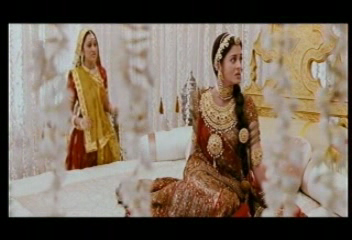 Dalaal had to leave for office early next day. By the time Poda woke up, he was already gone. Later that day, all hi-hellos happened as Poda was introduced to the several characters in Dalaal’s palace. The most important character who would play a crucial role later was a once-upon-a-time-hindi-pop-singer named Maha-panga. She, even after all these years , roamed with her band members and maintained a stupid band-dress-code. Dalaal gave her more respect than his own mother for the simple fact that as a kid he had been totally crazy over her song, nigodi kaisi jawaani hai. He had even made Maha-Panga a councilor in his court. 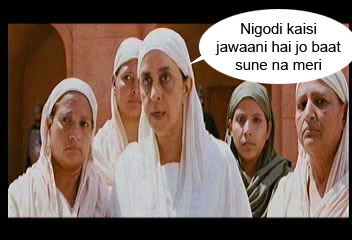 too hilarious.. i hope u keep it going…

Was waiting for this one with bated breath. The maha-panga pic with the song was a crack.

Thank you! 🙂 Yep, will continue it.

I thought they were gamla’s, dickhead fits too!