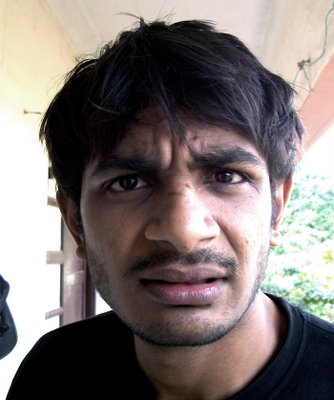 Look at the man above. He has not let water touch his body since six days, with hands and face as obvious exceptions. Yes, you read it right. Six long days; and in place like Chennai where humidity makes you sweat almost every time the speed of air around you falls down even a unit below what you obtain from a ceiling-fan running at maximum torque. It was not an easy job to accomplish. Dark clothes were chosen to last. Deodorant was avoided throughout this mission to let the passers by appreciate the effort and ‘be concerned’.

But on the sixth day, our warrior surrendered to the bacteria and fungus which promised to rip him apart if he didn’t give up. And so, he gave up.

And to answer the question asked in the post title, the pic shown below should suffice. 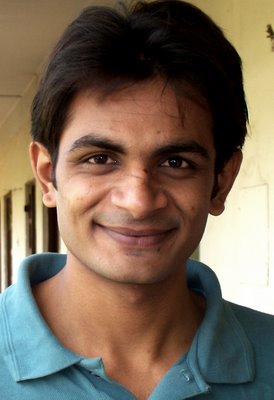 6 replies on “What can water do to you?”

i am a victim , had no other choice
but he failed it was not so bad

ROTFL at the first pic da.
you look very very funny in that!!

Yeah failure is not always bad. But what makes you a victim?