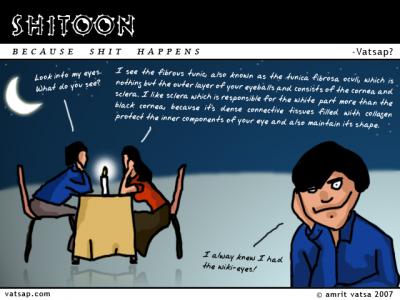 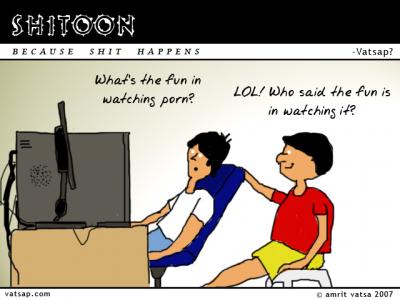 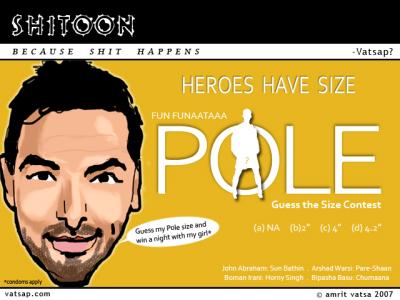 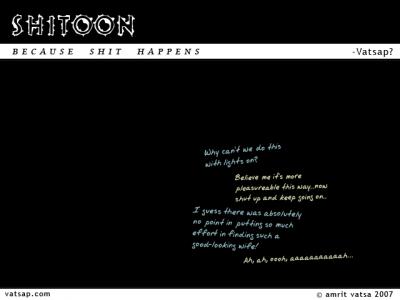 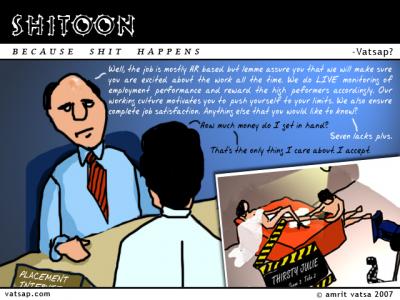 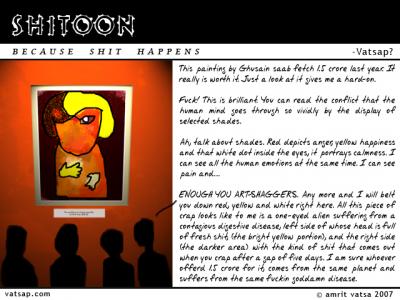 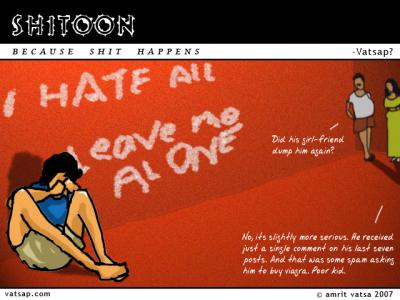 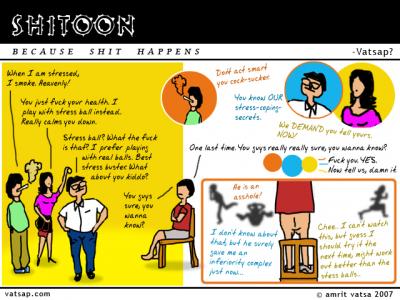 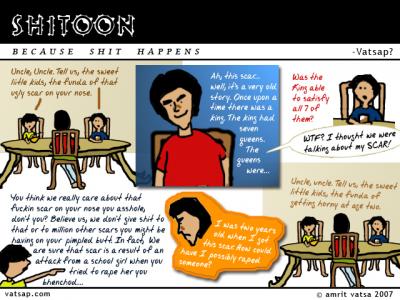 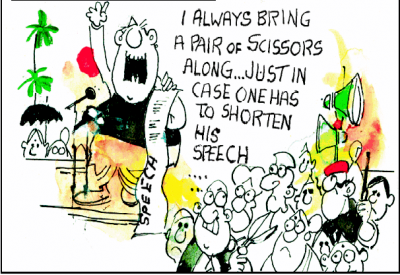 Saw the above cartoon? Like me, do you think it’s lame? This was on the front page of the Economics Time today (all editions). I really don’t feel bad about Shitoon any more. Some of them are hilarious (no matter how gross they could be), some of them sad, and some of them not so interesting. But I can’t crack a joke as bad as the one that you see above.

This entire week, I hardly wrote. This was a new kind of experiment, and believe me when I say that it was a success. Shitoons have raised the average number of users who visit my site and the average comments that I receive by at least 1.5 times, if not more. One thing is clear: everyone loves shit. And graphical shit has way more appeal than textual shit.

A funnier thing that I would like to share with all the readers of phres blogshit is that, the shitoons in some way or another actually hide a part of me inside them. They express something which I go through as I live each day. They are imaginations, of course, but they originate from reality. The children’s day shitoon happened because I realized, while chatting to a kid, how she hated her to be categorized as a kid. Sitaare Zameen Pe was an extension of the child behavior. Kids don’t give a damn to your status. If you are good, they will call you good. If you suck, they will kick you. The gift for the girl-friend shitoon happened because I felt like a dick-head that day, but still wanted some reason to be happy. The purpose in life was a result of the realization that how badly I got fucked up recently in life, just because instead of focusing on my purpose I had been acting like a nice, good for everyone chootiya. Do that, and the world fucks you. Lesson learnt. The six pack shitoon was a mockery of the recent trend of every Tom, Dick and Harry trying to boast of a good body. Does a good body really shows good health? Bull shit!

Life really is full of shit. And daily it inspires me to add some masala to it, and offer to the world in its phresest form. I will repeat: Shitoon shall live.