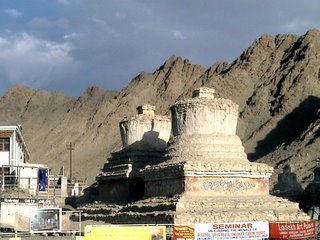 A regular Stupa in Leh 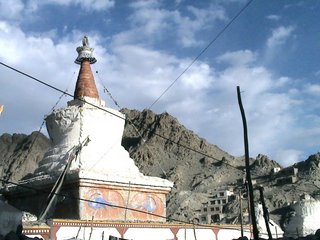 It was bad news. Dad had caught fever and mom had not yet recovered from altitude sickness. And this was our second day in Ladakh.

My bro and myself had found out the other day that Jammu and Kashmir State transportatin run buses on alternte days to different small villages and towns in Ladakh. We decided to go to Diskit in Nubra Valley, about hundred twenty kilometers from Leh. A hot spring and a Camel Safari were the main attractions of Nubra valley, besides the natural beauty of the valley itself.

So on day two we planned to book bus tickets for the next day, and then tour more of Leh. There’s an old strucutre called Leh Palace, situated on top of a small hill in the main bazaar itself. And furthur uphill, is a temple. Both these structures are made up of stones placed one over other without any binding material. At some spots, binding is done, but then that by mud paste. These old buildings are supported by wooded columns and beams wherever required. 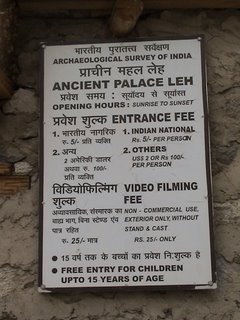 The ‘look’ of these structures reminds you of the Indus Valley Civilization. When you walk your way to reach the doors of these buildings, you get this feeling that a big downpour of thick water from the clouds and the complete palace will get washed away. Luckily, it doesn’t rain there too often. Snow fall is all that happens here besides light drizzles at times. The Himalayas to the south of this region, never let monsoon make any impact at this place. 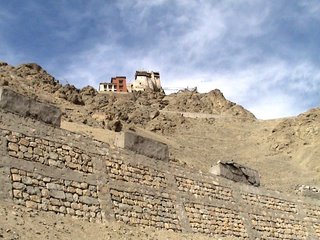 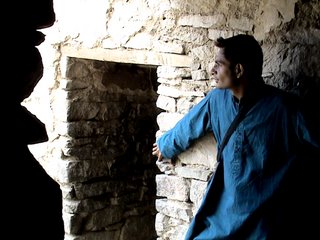 We peacefully got bus tickets for all five of us. It was a little more than a hundred ruppees per person. Then we also asked a travel agency guy to get the permit needed to go to Nubra Valley from the DC office. The students I card of my bro and myself saved couple of bucks since the government there charges less for students. 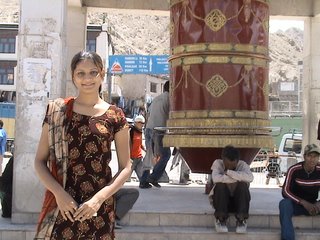 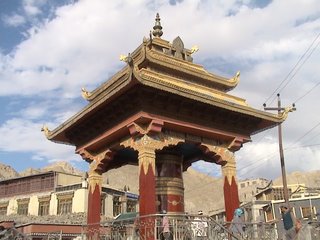 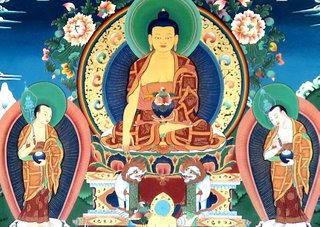 A Buddha painting inside the temple 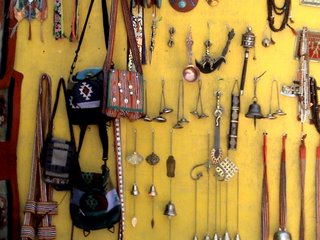 We had reached the bus-stand, from our hotel near main bazaar, following a short-cut. In hilly areas, short-cuts are generally, stepped routes which bring you downhill faster than the regular motorable roads, circumferencing hills. We had to return to the main bazaar from the bus stand because the Leh Palace was there itself. But for the return jouney, I suggested that we take the longer motorable road so that we get to see more of Leh. After initial resisitance, my siblings bought this logic and consequently we did find a new place to greet us. It was kind of a view point which went furthur up to lead to a small temple. After spending some time here and getting pics clicked, we proceeded to the Leh Palace finally. 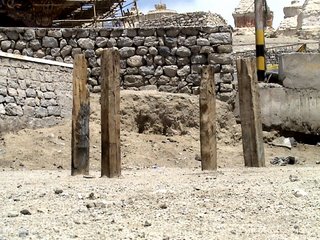 I don’t know the purpose of these four protruding wooden planks, fixed at the view-point but they appeared enchanting 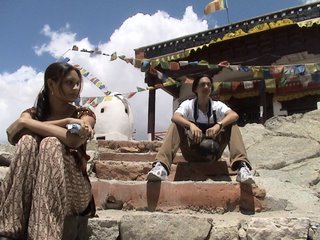 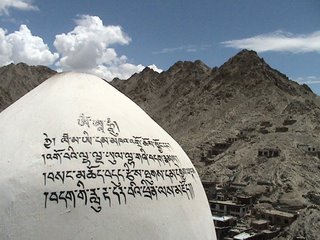 View from the accidently discovered temple

Once the jobs for the second day were done, we had all the time in the world to explore the yet to be enjoyed Leh Palace. It was fun climbing the hills, and passing through made-of-clay-andstone-lanes as we made our way to the Palace. The temple was furthur up the hill, and sis gave up on climbing that much. But my enthusiasm kept everyone on their toes, and after more than an hour we finally did reach the top. The view from there was awesome. 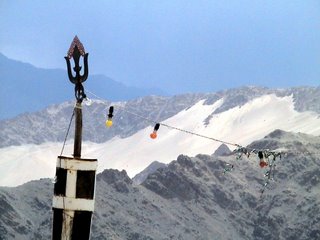 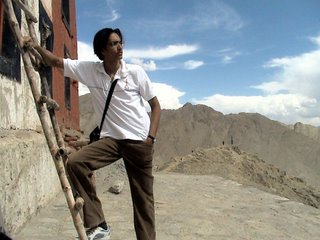 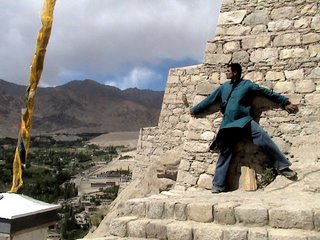 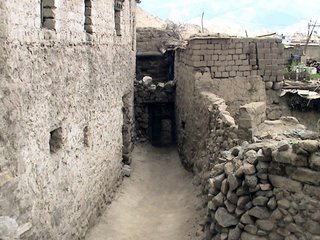 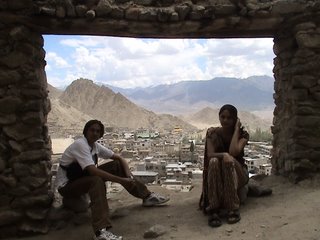 Coming down was peaceful, but by the time we had reached back hotel, we were really tired. We had shot so many pics and taked so many videos that dad got bored seeing all of them. But he did see finally! 🙂All of them!
The bus to Nubra Valley would leave early morning the next day. For that we had to be at the bus stop at half past five in the morning. So we crashed early that day. About the Nubra Valley in the next post…. 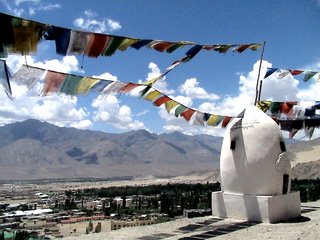 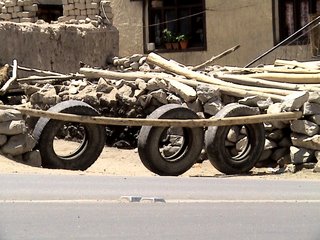 have u sent me the pics?..do it then.

pics are clearer than expected

hey!
awesome pics da.
must’ve been a fun trip.
when are you posting your videos? 🙂